7 Types of Social Media Influencers You Should know About

Online influencers are one of the driving forces of modern marketing. To include them in your advertising campaigns, you should understand what types of influencers exist and where to look for them. Read more about media opinion leaders in the article from the BuzzGuru service.

What is a social media influencer

A media influencer is a person who has a blog on social networks and a loyal audience that listens to their opinion because of competence in particular fields, knowledge on certain topics, experience, or lifestyle. Therefore, another name for influencers is opinion leaders. These are celebrities and thematic creators such as artists, musicians, fashion and healthy lifestyle gurus, reviewers of books, movies, TV series, and others.

They have a thousand and much more followers. One way they make money is to show subscribers ads from companies and brands, that turn their social media profiles into potential advertising channels. Opinion leaders are a tool in influencer marketing, one of the most powerful and effective strategies for promoting products on social media. 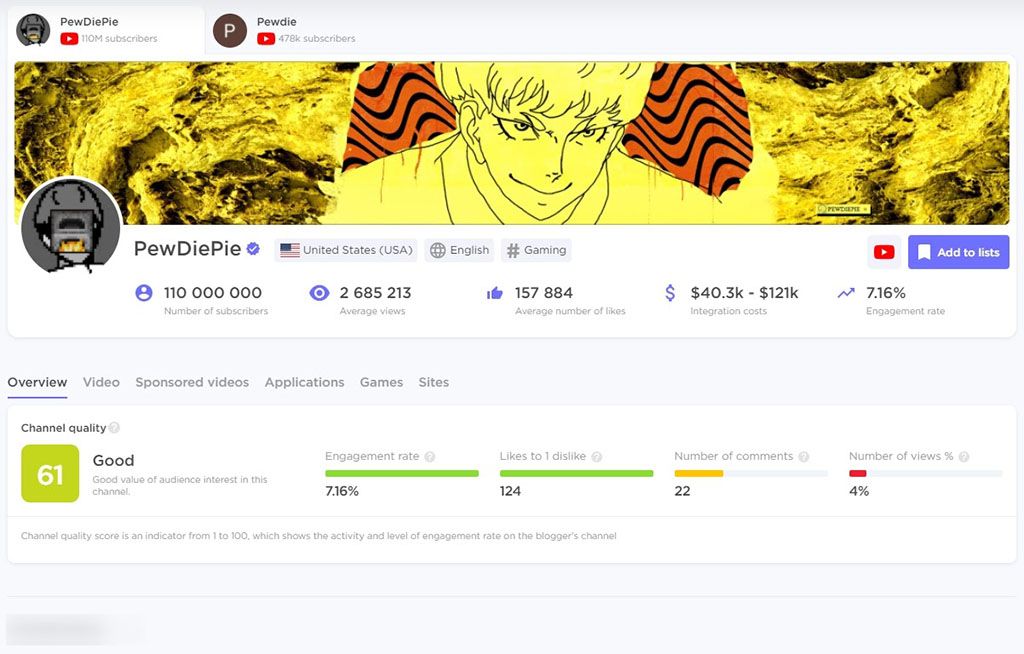 PewDiePie’s statistics on the BuzzGuru service 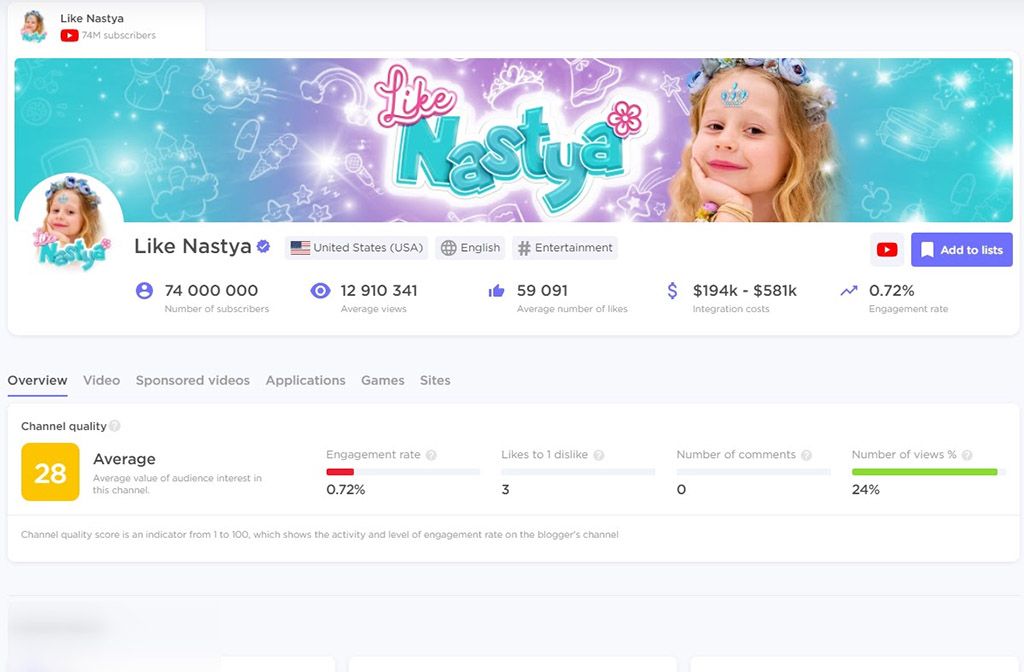 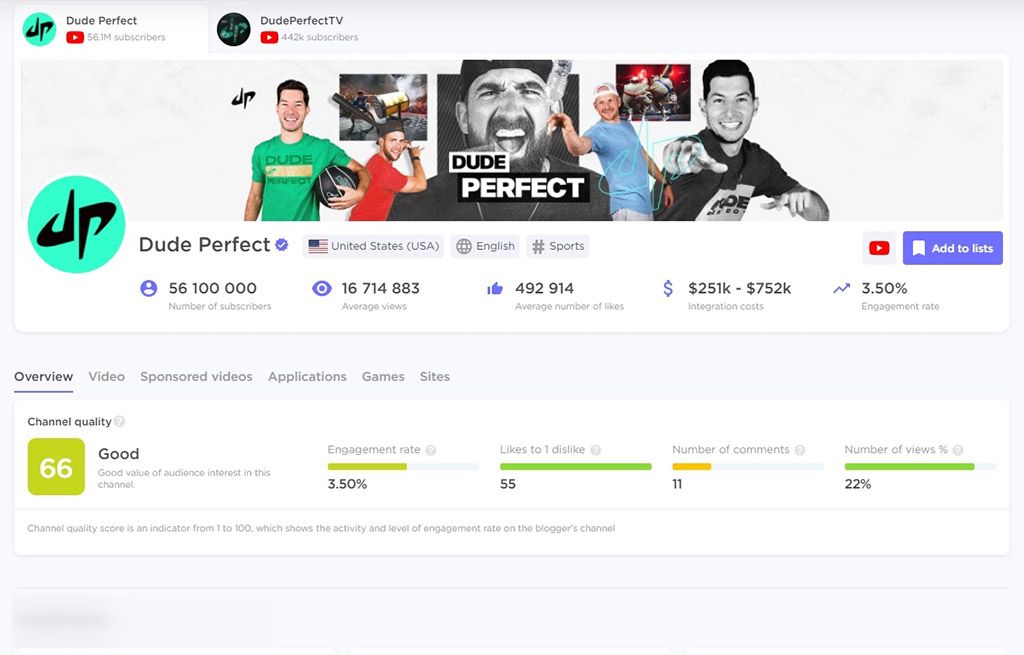 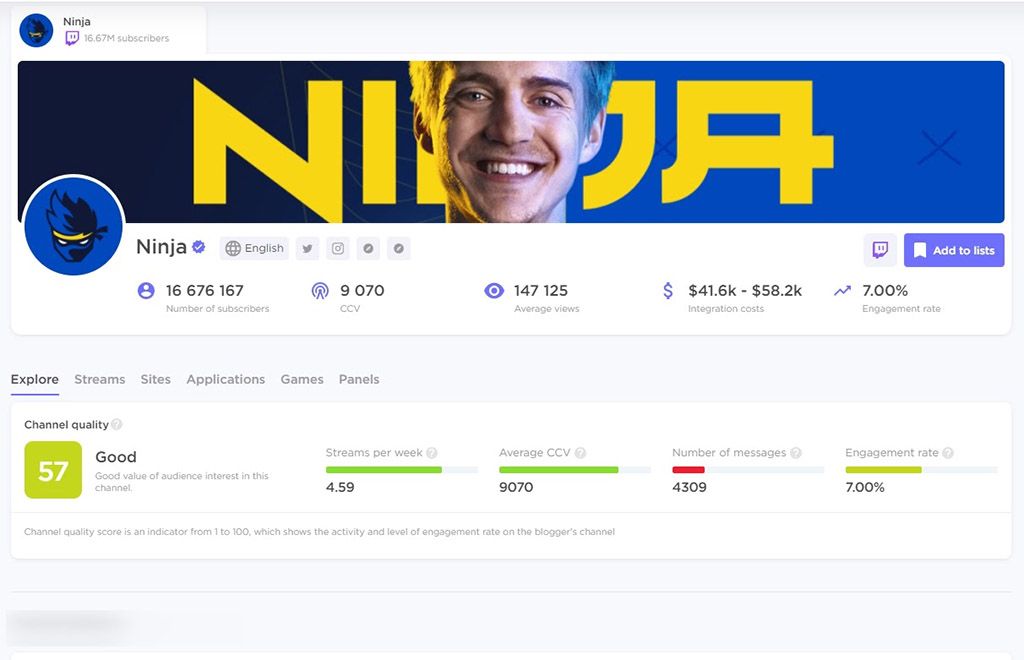 Ninja’s statistics on the BuzzGuru service 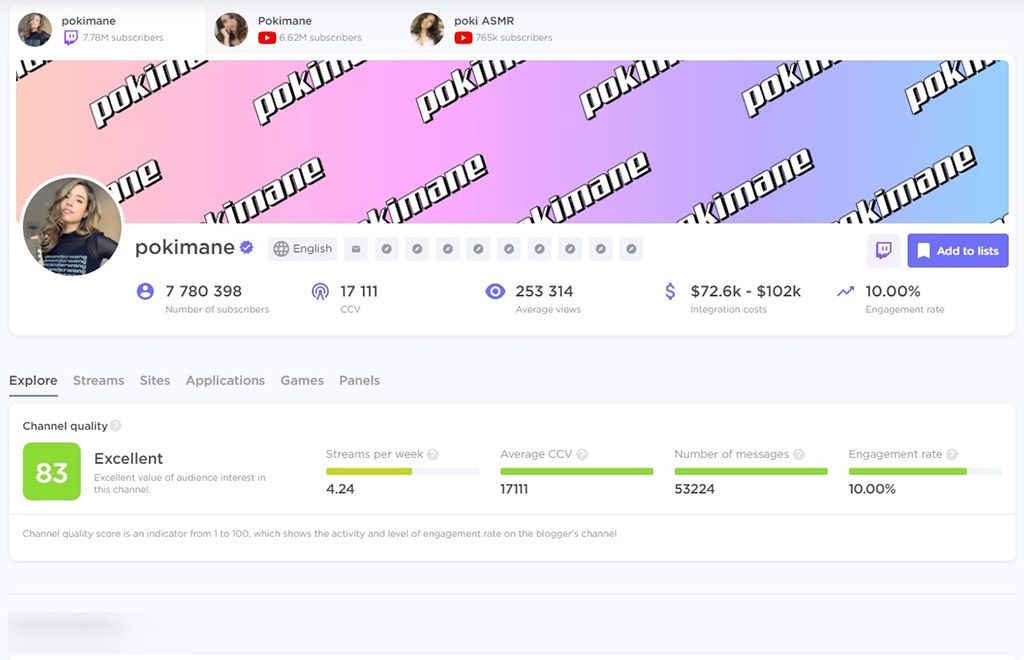 Pokimane’s statistics on the BuzzGuru service 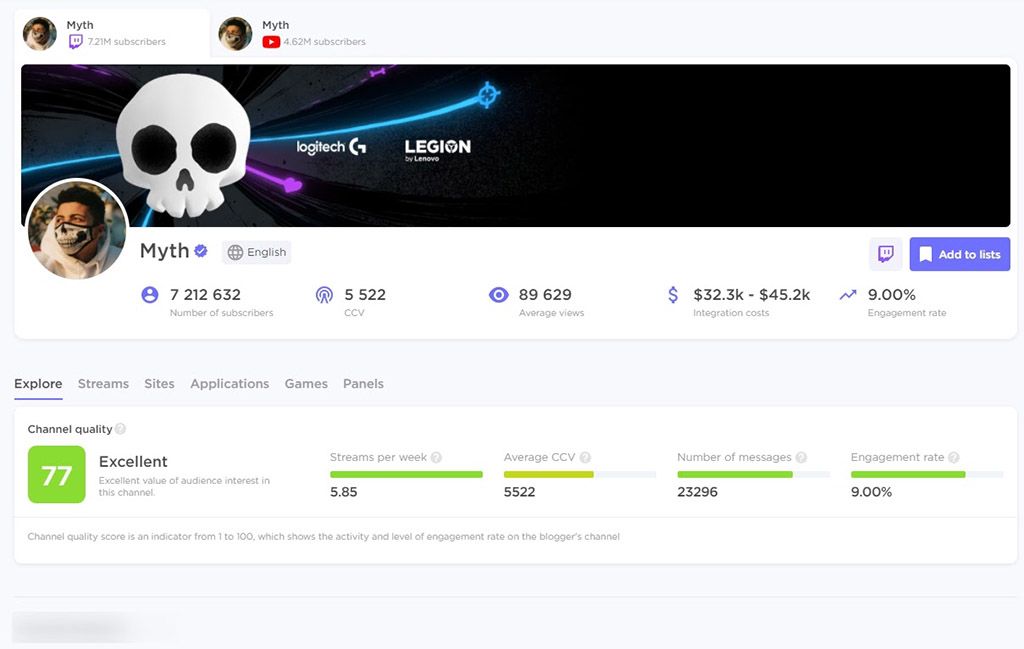 Myth’s statistics on the BuzzGuru service

Mega-influencers are creators who have more than 1,000,000 subscribers. As a rule, these people were already famous before they started an account on a social network. These are models, movie stars, musicians, and others. However, some influencers also have such a large number of subscribers. Only major brands usually can collaborate with this group of opinion leaders, as the prices for advertising placement are very high. 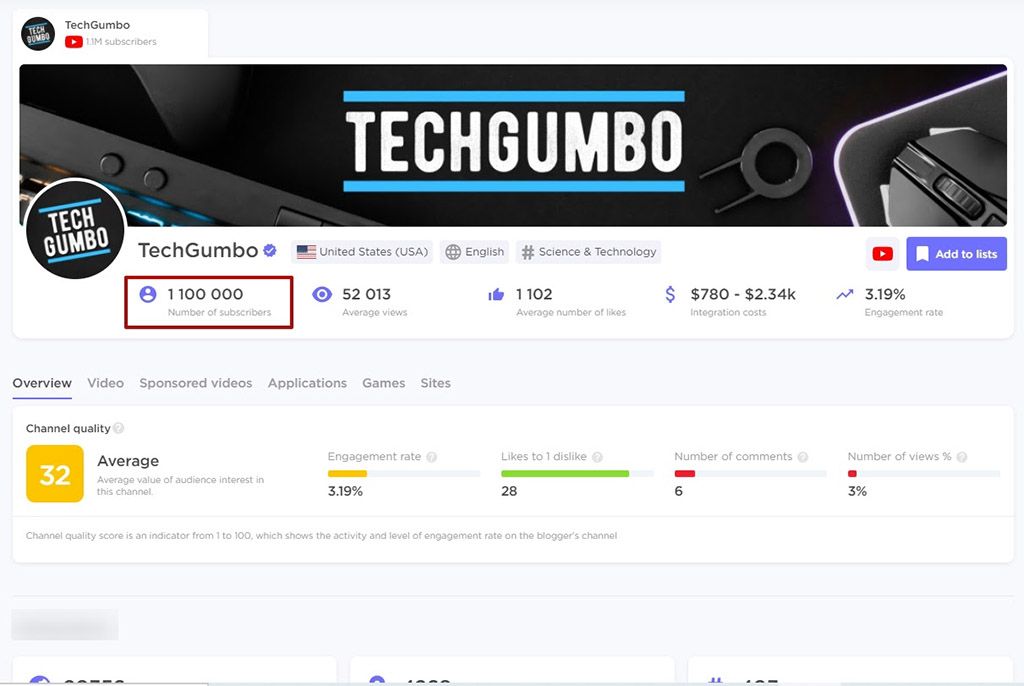 Example of a mega-influencer

Macro-influencers are creators with an audience of 40,000 to 1,000,000 followers. The audience of macro-influencers usually has vast geography, different ages, and social characteristics. Therefore, if your product has a specific audience, it is better to choose niche influencers with fewer followers. Collaboration with such opinion leaders works well with image advertising when you need to get as many people as possible to know about the product. 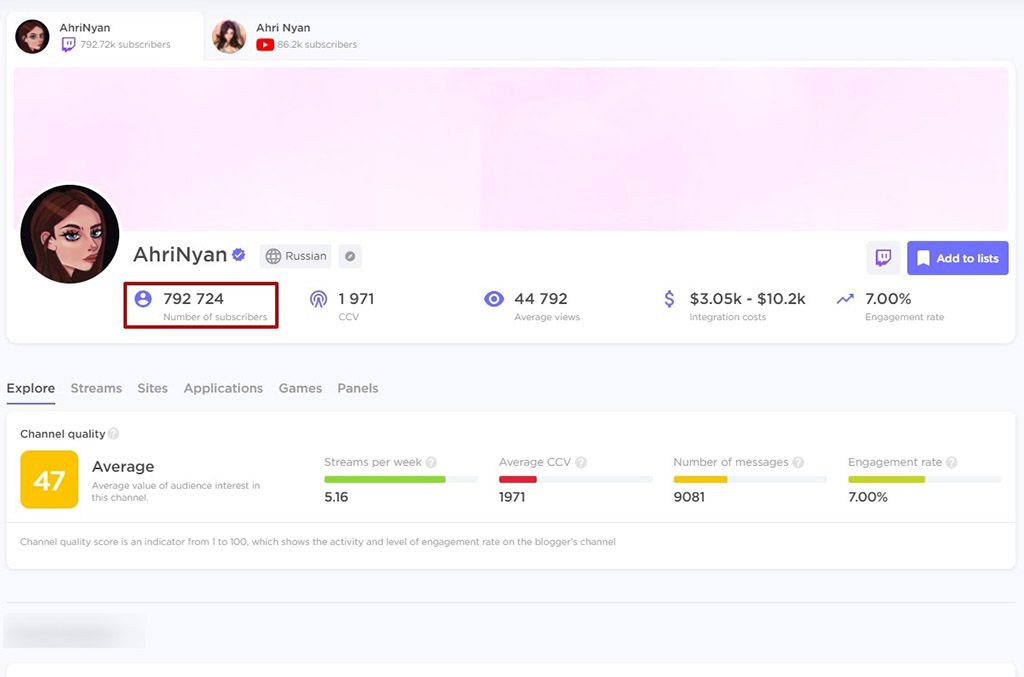 Example of a macro-influencer

Micro-influencers are creators that have 1,000 to 40,000 followers. They are the driving force behind influence marketing, as their pages have a selected thematic audience. The portrait of their audience is sharp and clear; you only have to choose the right opinion leader from this segment to promote your product. The portrait of your target audience must match the description of their subscribers. 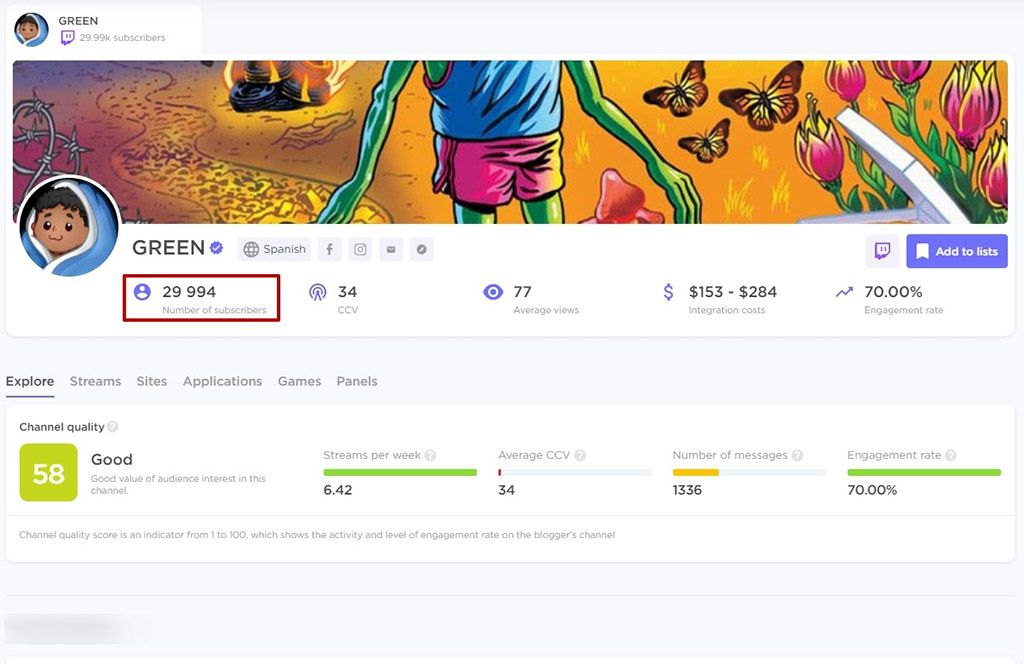 Example of a micro-influencer

Next, let's talk about the roles that online influencers can play for your brand. One of them is an advocate who will publicly defend you in crises. People trust their opinion, so they continue buying, even if there is an unpleasant situation for the company's reputation. Often, the advocates are influencers with whom you collaborate regularly and have cultivated a nice relationship by adding them to your PR lists, sending out new products, inviting them to events, etc. These people like your product, and they would be happy to buy and use it themselves, even if they did not advertise it.

Referrals are influencers that work on the cost-per-action performance model. They receive money not for placing ads alone but also for the resulting traffic in the form of clicks on a link to your site or page in a social network. It is profitable for businesses to cooperate with such influencers because you pay for the result. However, a minority of opinion leaders work according to this scheme.

Loyalists or Evangelists are real fans of your brand, ready to promote it for free; because they love what you produce and share your values. Loyalists are the most likely to recommend your product to their friends, acquaintances, and followers, so this is the most valuable type of influencer. Usually, these influencers become your brand's loyalists without much targeted effort, but if you want to find such partners in the future, arrange presentations and press tours where you offer opinion leaders the opportunity to try your product or service.

Thought leaders are influencers connected to the world of cutting-edge innovations. These are inventors, tech gurus and businessmen, large company owners, top managers, and others. Since these are specific content creators, you must have a product that fits their subject matter. If your target audience matches the followers of such people, be sure to use the opportunity to place ads in their accounts. They have a very high level of subscriber trust.

Where can you find influencers to promote your brand?

Accounts of all types of influencers can be excellent advertising channels for your business. To find the best opinion leaders for your marketing strategy, use the free demo version of BuzzGuru:

Who are the top 10 influencers in social media?

The composition of the TOP 10 social media influencers is constantly changing as they lose or, on the contrary, increase their following. You can see the latest lists of YouTube, Twitch, and soon Instagram creators on BuzzGuru.

What is an influencer in social media?

An influencer is a person whose opinion holds water on social media because of their knowledge, competencies, lifestyle, etc. These are usually celebrities, artists, musicians, blog authors, and others. They closely interact with their audience and often earn a living by showing them ads on their social accounts.

How many influencers are there?

There are countless influencers on social networks, and their number and quality change every day. The BuzzGuru platform will help you find current opinion leaders and view their statistics on subscribers, their engagement in content, and other indicators.