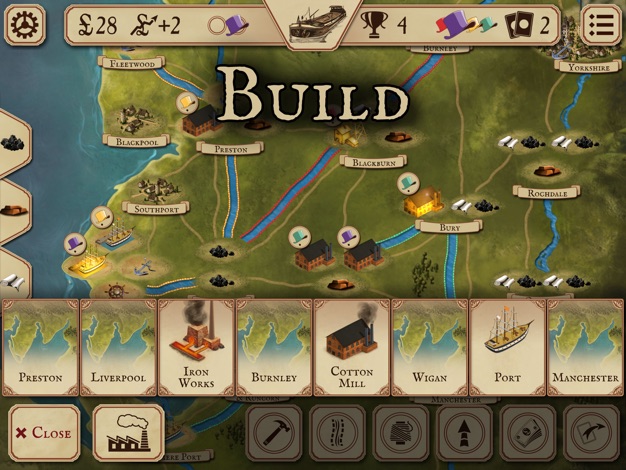 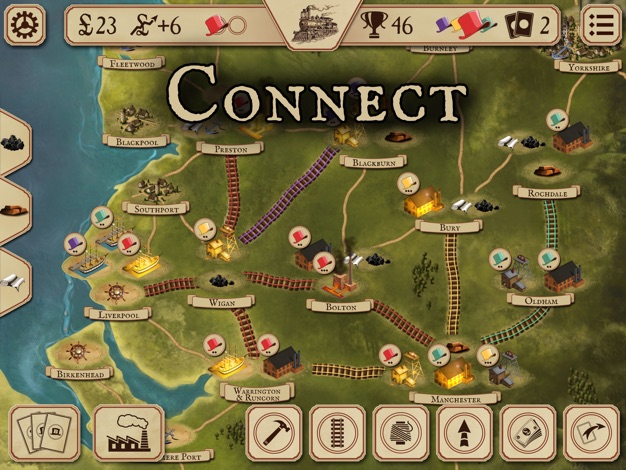 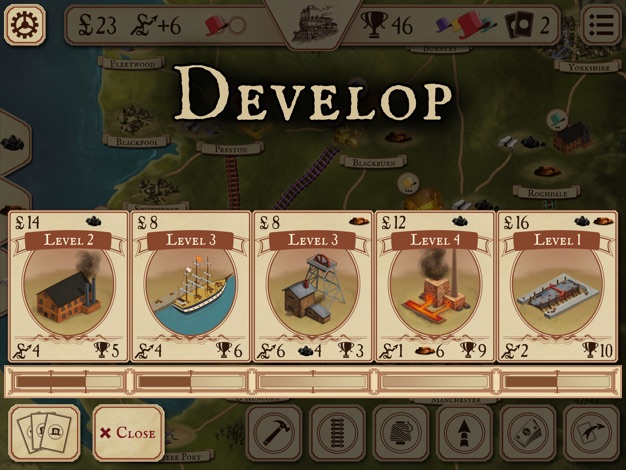 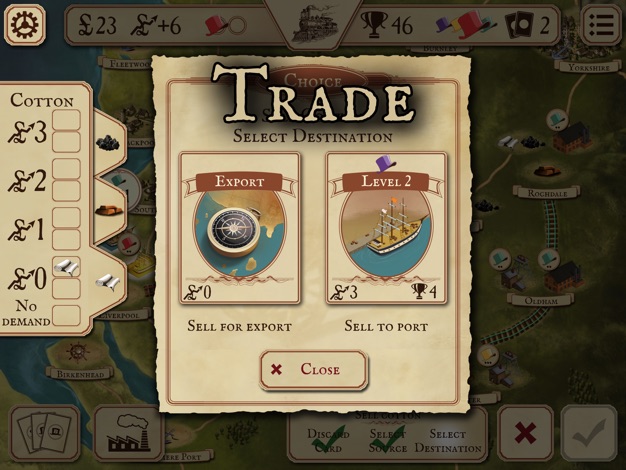 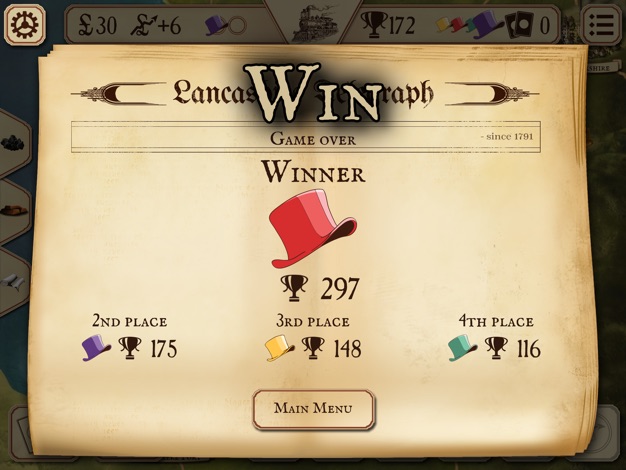 Top Mobile Board Game of 2015 by Board Game Geek and Board Game Quest Top 10 Strategy Game. Acclaimed by players and awarded in 2007, 2008 and 2010! Brass is a demanding economic game. An outstanding game about money and monopolies. Players take the roles of entrepreneurs attempting to make the most money from various industries during the Industrial Revolution. Each player needs to build an economic engine that surpasses all the others. BUILD Industries are the key to success. Will you become a Cotton Magnate owning the most Cotton Mills in Lancashire? Or do you prefer selling Coal and Iron to others? Ports and Shipyards are key constructions as well, since the others cannot function without them in the long term. CONNECT Build canals and later rails to connect towns and cities. Only then can you benefit from all the industries built in the country, even those built by your opponents! DEVELOP R&D is essential. The better developed industries you have, the more effective they are. Should others neglect development, your path to victory will be easier. TRADE It’s not what you have produced, but the thing you sold that makes ‘brass’ (said with a thick Yorkshire accent - ‘brass’ being a local term for money). Watch the markets carefully and sell at the proper time! WIN Use the produced supplies and activate Industries, upgrade rails, save money. The most effective entrepreneur is the winner. Visit our website: www.brassgame.com Facebook: https://www.facebook.com/brassgame Brass, a true classic by one of the world’s best game designers, is now available in the AppStore. - 3-4 players - AI opponent (intermediate level) - Network multiplayer with push notifications - Local multiplayer (pass & play) - Beautiful artwork - Works in any orientation (portrait & landscape) - In-game tutorial & manual - GameCenter: achievements, leaderboards - Universal game application – buy once and play on all your devices. - The game is designed for iPad / Use iPad for best experience.