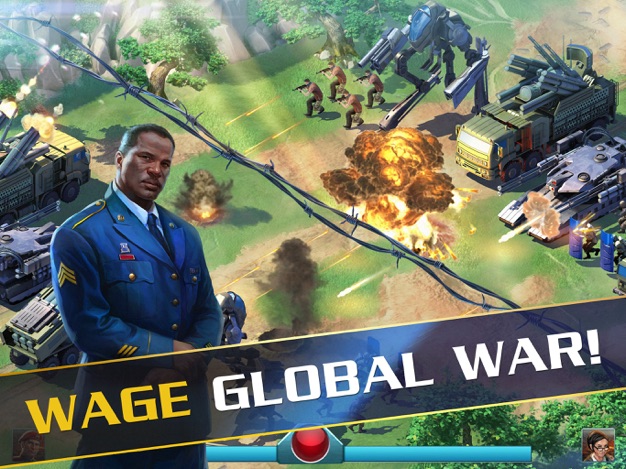 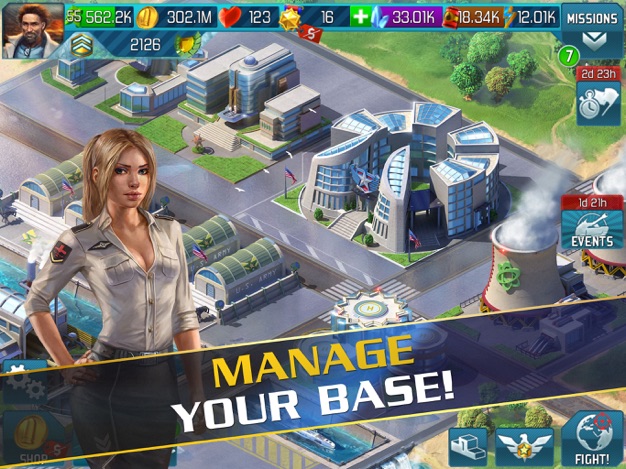 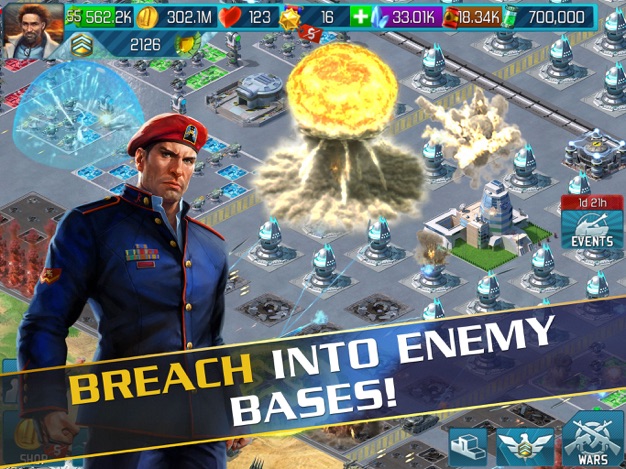 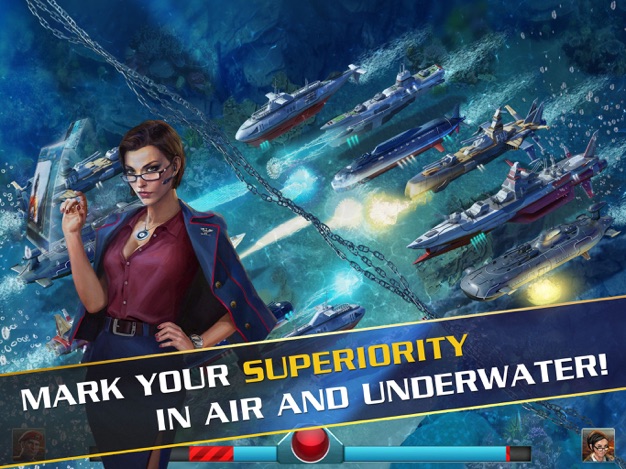 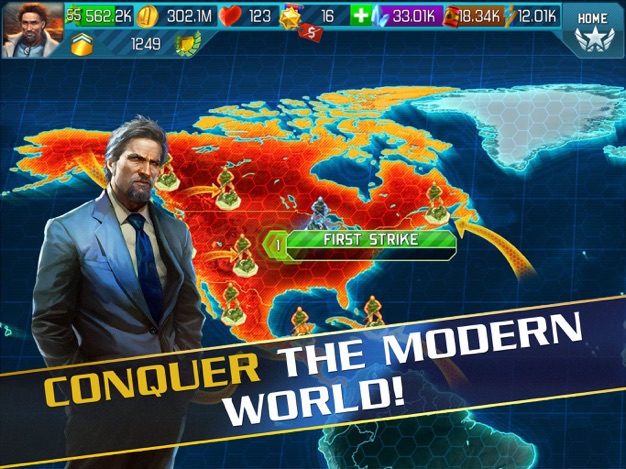 The most action-packed, modern military strategy game! Wage a global war across the land, in the air, and even under the sea. LOCK AND LOAD! The evil KRA forces have attacked our nation, threatening the entire free world! As one of the greatest military leaders on Earth, you must take action to save us all! In this all-out modern-war strategy game, you will battle across the globe, in the sea's depths, on the ground, and in the air, following a deep solo campaign and fighting in an exciting multiplayer mode. Take advantage of the rich social features to find allies and chat to devise a cunning battle plan! Join or create your own Faction to combine forces! Make your name known on the leaderboards by challenging rivals and stealing their resources and become the best player in this immersive game! √ A war simulation game with brilliant graphics, stunning animations, and realistic units & buildings √ Collect resources, build, upgrade, and fuse units, construct facilities and complete numerous achievements √ Engage in innovative battles across the globe and on various terrains (desert, urban, underwater & more) √ Immerse yourself in the only modern-war strategy game on the market offering deep-sea exploration and battles! √ Construct the new super unit, Atlas, and use it as a game-changer in battle! √ Join Factions with other players or form your own to wage war, dominate, and win rewards √ Connect with your friends via Facebook or Gameloft LIVE! and borrow their units during battle _____________________________________________ Visit our official site at http://gmlft.co/website_EN Check out the new blog at http://gmlft.co/central Don't forget to follow us on social media: Facebook: http://gmlft.co/SNS_FB_EN Twitter: http://gmlft.co/SNS_TW_EN Instagram: http://gmlft.co/GL_SNS_IG YouTube: http://gmlft.co/GL_SNS_YT This app allows you to purchase virtual items within the app and may contain third party advertisements that may redirect you to a third party site. Terms of Use: http://www.gameloft.com/en/conditions-of-use Privacy Policy: http://www.gameloft.com/en/privacy-notice End-User License Agreement: http://www.gameloft.com/en/eula