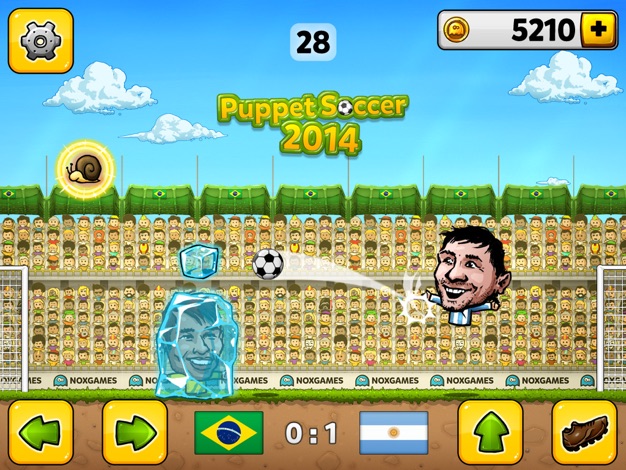 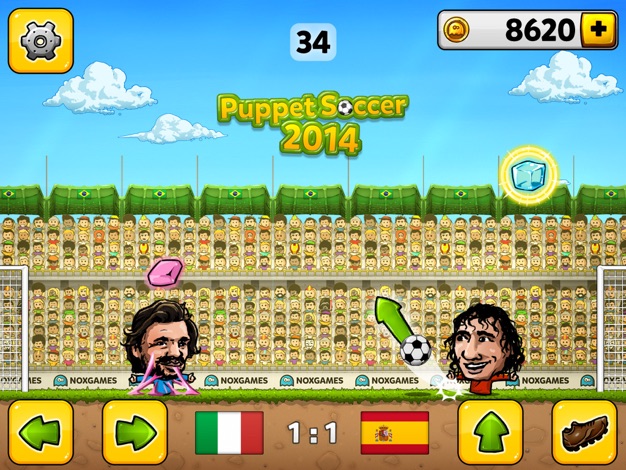 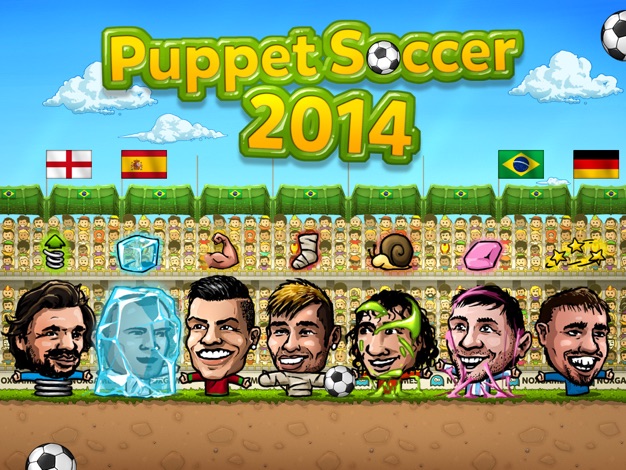 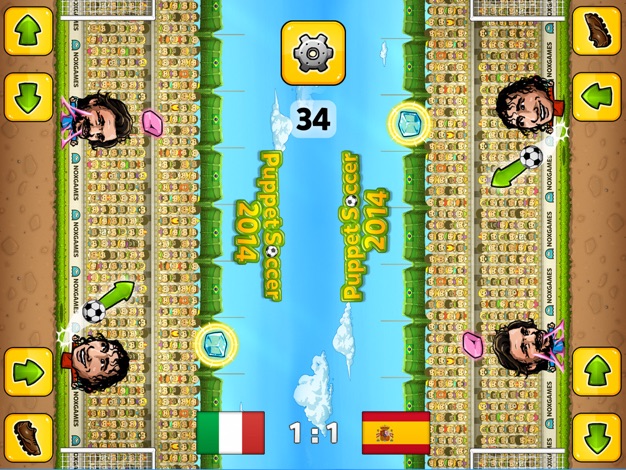 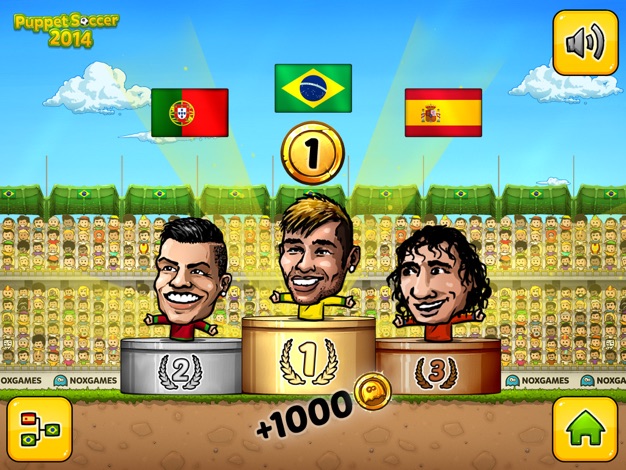 Smash the football and score goals in this addicting soccer game! Pick your favorite team and play as a famous footballer. Tactically play offense and defense as you ascend the Championship 2014 ladder! With over 32 countries and 90+ individual players, this 2014 world tournament football game will challenge the most sophisticated players! Do you have what it takes? The path to victory is never easy, so unlock bonus’ that will drastically increase your teams chances at a Gold Medal! Aim your headers and perfect your kicks to destroy your opponents. Use the slime, ice, and gum to your advantage! Feel the atmosphere of Brazil in Puppet World, great football stadiums in Brasilia, Rio de Janeiro, Belo Horizonte, Sao Paulo and Fortaleza in this epic tournament. Watch mexican waves pushing your skill to the max. Upgrade your skills & unlock new characters as you collect coins for each goal and victory. Game on! Key features: - 32 countries - 90 + cartoons players - 10 special bonus game - chewing gum, ice, slime, money, large and small ball, gypsum, super power, speed, spring - Upgrades: kick, jump and speed - Multiplayer, splitscreen for two players on single device - Achievements, highscore Show your football skills, bend it like Beckham, kick free kicks like Ronaldo or Roberto Carlos, handle the ball like Messi, Zidane, Raul, Figo, Rooney or even Pele. Play solo like Neymar or dribble like Maradona, Ronaldinho, Davids, Falcao or Persie. Big heads allow you to score from the air, but not with Hand of God. Can you score better than Puyol, Xavi or Iniesta? Defensive part of game relies highly on your goalkeeper skills, try to beat bulletproof achievements like Buffon, Kahn or Howard. If you will be good enough maybe even Obama and Putin take part in this tournament.